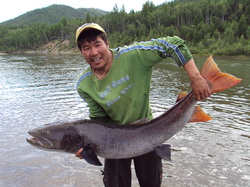 Ganzorig has been involved in taimen research in Mongolia since 2005.  His masters thesis focused on fine-scale movements of radio tagged adult taimen in the Eg-Uur River.  Currently Ganzorig is a fishing guide working for Hovsgol Travel at their Many Rivers field camp and a conservation ranger for the Taimen Conservation Fund.  He is a key participant in the PEER project which seeks to understand the impacts of climate change on Monglian fishes in the Eg-Uur and Lake Hovsgol. 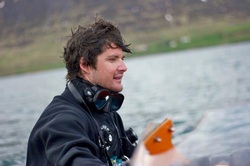 Henry DeBey currently works in the Office of the Under Secretary for
Oceans and Atmosphere at the Department of Commerce as a Program
Coordination Officer. Previously, he worked in the Office of
International Affairs at NOAA Fisheries on international relations
pertaining to fisheries with European Union and West African nations
such as Morocco and Senegal. He earned a masters degree in environmental
science from Yale's School of Forestry and Environmental Studies in
2010, where his graduate research focused on the effects of fishing on
coral reefs in Bonaire, Dutch Antilles. Henry is an avid outdoors
enthusiast, keen world traveler, and an enjoyer of mongolian dairy products. 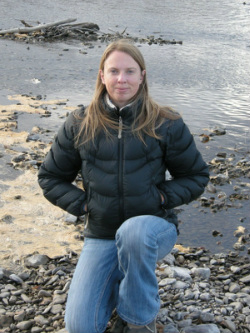 Mimi founded the Central Asian Great Bustard Project in 2006 as a response to rapid declines in populations of this iconic steppe bird. She takes a community-based approach to conservation research, with a focus on involvement of local people and supporting young scientists. With the MAAERI team, Mimi serves as a cultural liaison while investigating the response of Great Bustards in the Selenge Watershed to climate change.
Mimi began traveling to countries of the former communist bloc as a high school exchange student in 1993 and has since spent over six cumulative years in-country. When she can’t be in the steppes of Central Asia, she enjoys spending time with her pet chickens and exploring North America’s endangered grasslands. She is currently writing up her dissertation for a PhD in Biology at Arizona State University. 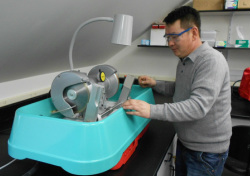 Amaraa has been involved with taimen research in Mongolia with the Taimen Conservation Fund since 2005.  He is currently a conservation ranger, specializing in enforcing fishing regulations in the Eg-Uur watershed.  Amaraa has participated in all of the MAAERI field expeditions.